Long,athletic frame.
Has range to cover
Quick off the Snap


Considered to be very raw.


(I would love to see Lynden play linebacker at 6-6  and his quickness awesome!)
SBN Black College All-American
Boxtorow  HBCU   All-American

Graded  5.17   (Better than average chance to make roster) by NFL.COM
Listed #5  on boxtorow.com list
Ranked  #210  by NFLdraftscout.com
Projection   6th or 7th round

Has very capable hands.
Catches ball away from body  no matter what height
Will go over defender to make catch
Good body control

Expect him to be drafted  possibly  in  6th or 7th  Round
Listed # 3 on boxtorow,com list

2 time MEAC offensive player of the year
All-time MEAC leader in total yards (10,168)
Listed as player to watch on boxtorow.com list
Signed to play in the Canadian Football  League W/ British Columbia  Lions
(Personally  I think if he goes for it we will see #7  in the NFL in the not so distant future) 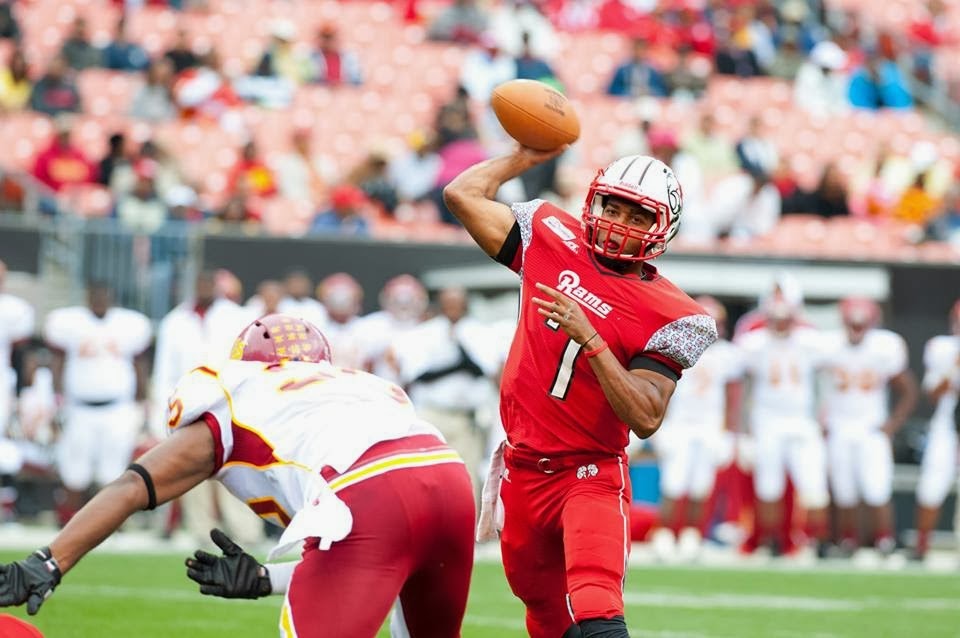