The Braves of Alcorn State University hadve done it !  Beating Southern University  38-24  on Saturday to win the SWAC Championship should have propelled ASU  to claiming the crown of 2014 National Black College Champion!

Lead by SWAC co-offensive player of the year  6-6 quarterback  John Gibbs Jr the braves scored in every quarter to hold off the speedy, growling Jaguars ! Gibbs carried the ball 16 times for 132 yards  and connected 20 times out of 30 passing attempts for 245 yards and 3 touchdowns!


Third year head coach Jay Hopson has established  the mind set of winning in Lorman, Mississippi with  4 wins in his first season at the helm.
Then in year two his Braves fought like warriors to a 9 win season  and this year
winning the Swac crown and claiming 10 victims (Southern is on that list twice).
Congratulations to the Alcorn State Braves winning the SWAC 2014  Championship joining  Morgan State (MEAC) , Virginia State ( CIAA) and Tuskegee (SIAC) as conference champions this season!

(Morgan State  shared the MEAC crown with  Bethune-Cookman,South Carolina State,NorthCarolina A&T and North Carolina Central, but the Bears got the auto Bid to the FCS Playoffs) 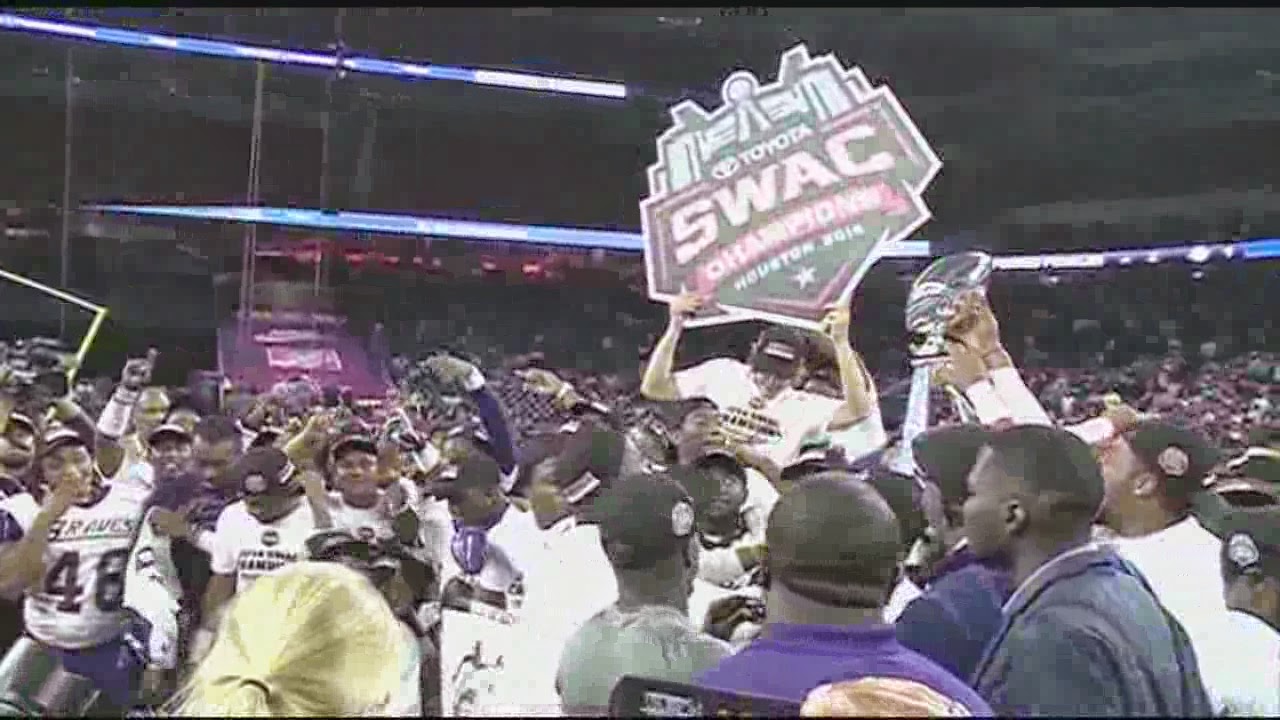 The Impressive win by the Braves over Southern University  gets my Vote  as the 2014  Black College National Champions!
Well done Alcorn State ! Well Done!

Don't forget to check out my next blog when I give you my final football poll of 2014 ranking all 54 HBCU programs that played football this season and check out how well your school did this season !